Confidence on both political and corporate scenarios on year 2017, rush the Companyâs agreements on MERGERS AND BUSINESS ACQUISITIONS.

In fact, yhe abundance of available capital at such low rates and the pressure of investors to generate growth will increase this kind of operations. 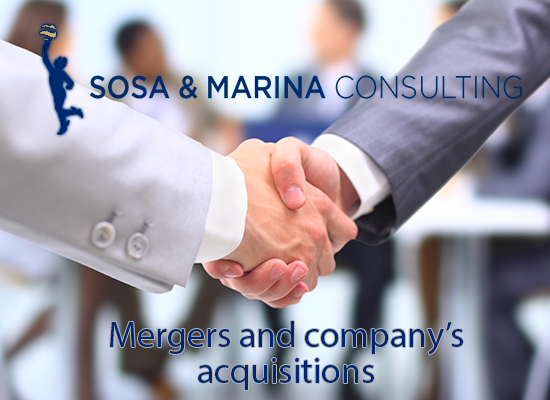 To systematize these concepts, we mean by Companies` Merger the legal and financial union of two or more Companies disappearing at least one of them.

An Acquisition lies in the purchase and sale of shares between two Companies, while retaining each one's legal personality.

We may classify those mergers, base don the competitive relationships between the merging parties, as follows:

Regarding on the reasons for a Company to undertake a merger, they are varied, among others:

It implies buying part of the shareholders equity from another Company for the purpose of total or partial domination. The level of control will depend on the percentage of capital stock acquired and how the Company is structured.

The two main formulas for Acquisition (aside from a conventional purchase-sale) are: